Pastor Jeff Landis has been the pastor of Covenant since 1986. Born into a Christian family in Indiana, Jeff moved to California when he was a teenager and met his wife Donna in high school. After graduating from Reformed Bible College with a BRE, Pastor Landis continued his education at Westminster Seminary in California earning both MAR and M.Div degrees. He has also completed his Doctor of Ministry at Reformed Theological Seminary. Jeff and Donna have two married adult sons.

As pastor at Covenant, Jeff’s shepherding responsibilities include preaching and teaching, working with the Session to set the direction of the congregation, and working with the church staff on a daily basis.

Pastor Landis also serves on the presbytery’s Credentials Committee and the denomination’s Committee on Home Missions and Church Extension. He is a former radio announcer and producer.

You can email Pastor Landis at: [email protected]

A graduate of San Jose Christian College and Westminster Theological Seminary in California, Rob Starke is an ordained teacher for Covenant OPC. Rob and his wife, Janet, have two grown children.

Rob is currently serving as “Campus Pastor” for The King’s Academy in Sunnyvale. Along with teaching classes, he is the department head for both Spiritual Life and Bible.

In his spare time he enjoys reading, working on his home, and his 1948 Ford pickup.

You can email Rob Starke at: [email protected]

“Ruling elders … are to lead the church in the service of Christ… They should visit the people, especially the sick, instruct the ignorant, comfort the mourning, and nourish and guard the children of the covenant. They should pray with and for the people.” 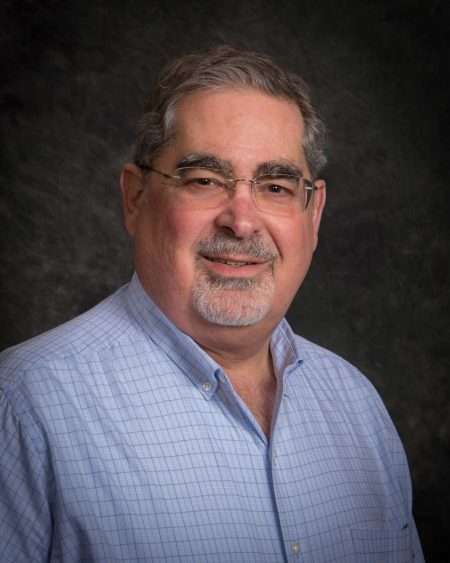 Randy works in corporate finance. Originally from Seattle, Randy moved to San Jose when he was in grade school and has been a part of the Covenant OPC family since 1968. In his spare time he enjoys hiking, working around the house and reading – especially history. Randy’s wife Nancy is a teacher at Valley Christian. They are the proud grandparents of four beautiful grandchildren.

Jack has been a school administrator and teacher for the past 25 years.   He is also involved in leading a weekly Bible study in Juvenile Hall.  In his spare time, Jack enjoys reading biographies and adventure stories, baking, traveling, and listening to classical or jazz music.  He was born and raised in San Jose, continuing to live in the city with his wife Lori and their three sons. He and his family have been part of the Covenant community since 2009.  Jack’s favorite passage of Scripture is Lamentations 3:22-23, “The steadfast love of the LORD never ceases; his mercies never come to an end; they are new every morning; great is your faithfulness.”

A retired school principal, Don is a self-employed handyman and performs the duties of clerk of the Presbytery of Northern California and Nevada. Don and his wife, Beverly, have six children, many grandchildren, and an ever growing number of great-grandchildren. Don enjoys gardening and reading and loves traveling and has lead historical tours in the British Isles. One of Don’s favorite passages is Ephesians 2:8, 9. “It demonstrates the necessity of faith, that faith is a gift, and that good works follow.”

A celebration of Don’s many years of service to the church was held at the end of January 2020 in honor of his retirement effective December 31, 2019.

A native of San Jose, Richard grew up in the church where his father played piano and organ and his uncle served as pastor. As Richard notes, “We have such a rich heritage that is built on the truth of God’s word.  That is something to be treasured.”  In the professional field, Richard has enjoyed a long retail management career in work footwear.   Richard follows in the footsteps of his family by serving others. While photography is a hobby, he especially finds enjoyment when he can use his artistic abilities to benefit ministries such as Grace Christian School and RealOptions’ Obria Clinics. Singing in the choir and leading the pre-service prayer time and a growth group are a few of the many areas where he gives of his time and gifts.  He and his wife, Virginia, have 4 children and 10 grandchildren. Recognizing God’s grace in his own life, one of Richard’s favorite verses is Psalm 86:5 – “You, Lord, are forgiving and good, abounding in love to all who call to you.”

Gary and his wife Lori are often two of the first people you will meet when visiting Covenant Presbyterian Church.  Gary has been a member at Covenant since 2009. He grew up in the Bay Area after moving here from Seattle, Washington as a boy. He is a retired civil engineer; most of his career was working for the City of San Jose. He and Lori were married in 2015, and their family includes four daughters and three grandchildren.

Gary and Lori lead the visitor ministry at Covenant and host a Sermon Discussion Group in their home. They enjoy dancing, jazz music, and taking walks to explore the beauty of God’s creation.

After growing up on a midwestern farm, Rick set out on a path that would trace most of historic Route 66, stopping in Albuquerque before settling in California. He met his wife, Hatsumi, at Stanford University, and has worked at Polycom in various engineering roles since the mid-1990s. The addition of their son Joshua to the household has been a great joy and blessing. As an instrument-rated pilot, Rick also enjoys sharing with friends the experience of flight and its unique perspective on God’s creation.

He notes, “It has been rather obvious that at each station of my life, wherever I’ve gone, God was already there and preparing things for my good before I was aware of it. I don’t doubt that he will continue to work that way for me and for all his people.”

“Deacons are called to show forth the compassion of Christ in a manifold ministry of mercy toward the saints and strangers on behalf of the church.”

Miguel is the father of three beautiful children. He and his wife, Jacquelyn, both grew up in San Jose. Miguel has many fond memories of attending White Road Baptist Church as a kid. He is an electrician by trade and has been attending Covenant since 2014. Miguel has been deeply impacted by the truths of Scripture in his own life and has had many opportunities among us to share both his struggles and his insights. A self-declared introvert, somehow and someway by God’s grace he has been able to move past his shyness and has been able to reach out to the members of the church and to many on the outside.

One of his favorite verses in Scripture is found in 2 Corinthians 8:9 “For you know the grace of our Lord Jesus Christ, that though he was rich, yet for your sake he became poor, so that you by his poverty might become rich.”

His current interests include apologetics, eschatology, and learning more about how to best function in the role of deacon at Covenant. 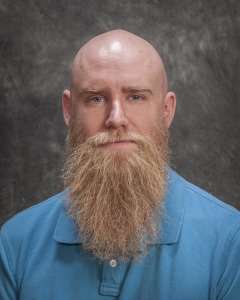 Jack grew up in San Jose and has spent most of his life at Covenant OPC. He and his wife, Michelle, have three children – Caleb, Ethan, and Grace.His favorite activities include reading, being outdoors, riding his motorcycle, and spending time with his family. His most fervent desire is to be a servant of Christ and the Church.

When he’s not busy doing diaconal work for Covenant, Steve is employed as a software engineer by Xicom Technology. In his limited spare time he enjoys gardening and playing video games in between reading history, theology and mystery/spy novels.

Steve can be found as the “man behind the scenes” at most of Covenant’s functions. Steve and his wife Melissa have attended Covenant since 1998. He is the father of five children and three grandchildren.

Juan is most at home with his Covenant Church family. He was born and raised in San Jose and is married to Norma. He is a Road Maintenance worker for the County of Santa Clara. They have been members of Covenant since 2009 and have a blended family of eight grown children and five granddaughters. In his spare time he likes to read, exercise, and view Mixed Martial Arts and boxing matches.

By the grace of God, Juan says he discovered the Reformed faith through some fellow Christians during his time of incarceration.
His most meaningful scripture is: Deuteronomy 31:8 “It is the Lord who goes before you. He will be with you; he will not leave you or forsake you. Do not fear or be dismayed.”